The Traveler’s Lab invites students to apply to work directly with Prof. Stephanie Koscak, a professor of Early Modern History (Wake Forest University) in residence for the 2017-2018 academic year at Wesleyan’s Center for the Humanities.

Prof. Koscak is interested in working with research assistants with a variety of backgrounds, interests, and skill sets, so please send her an email if at all interested: koscakse@wfu.edu.

An abstract of the project in question:

Stolen and mislaid objects haunt the history of early modern London and the expansion of England’s urban consumer marketplace.

As the thousands of advertisements for lost things 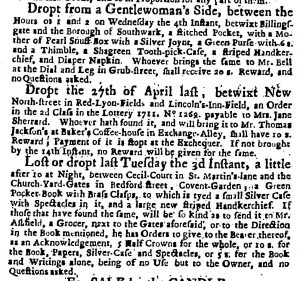 published in city newspapers attest, pocket-sized consumer objects—watches, tobacco boxes, snuffboxes, jewelry, lottery tickets, bills of exchange, books, journals, and so on—traveled, with frustrating frequency, far beyond their owners’ pockets as they moved about the crowded streets and squares of the capital.

By the late 1710s an entire industry surrounding the return of lost objects had developed in London.

Jonathan Wild became the most famous figure of this shadow economy, establishing three lost property “offices” in 1714 in Cripplegate, St. Giles-in-the-Fields, and the Old Bailey. For a settled fee, he located missing people and things within the city, aided by the fact that he commanded a large gang of metropolitan thieves and highwaymen. They stole and Wild brokered the restitution of lost items for significant monetary rewards from the victims of theft. “If anything was lost,” Daniel Defoe observed, “away we went to Jonathan Wild; nay, advertisements were published, directing the finder of almost everything to bring it to Jonathan Wild, who was eminently empowered to take it.” 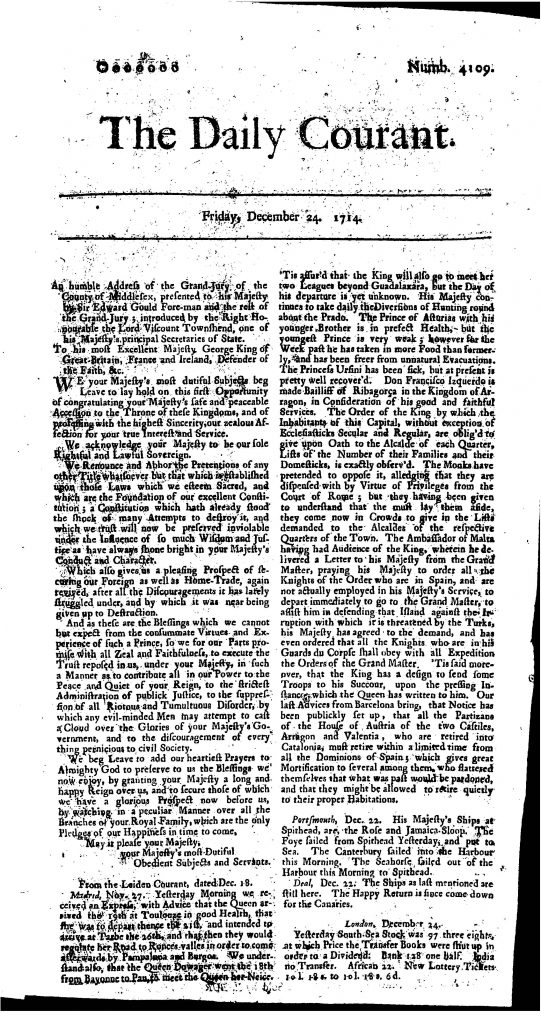 This project will focus on the thousands of advertisements for mislaid and stolen objects published in London newspapers between 1700 and 1725, the year Wild was arrested and executed for theft.

It asks how print culture might be used to uncover a (quite literally) lost material culture—one that had become ephemeral as a casualty of urban living.It also questions how advertisements for lost objects reveal networks of possession, dispossession, crime, mobility, and urban journalism.

Many of these sources are quite detailed, recording not only the particular descriptions of the missing items and directions for return, but the times and possible places where objects were left or pickpocketed. What are the geographies and temporalities of crime and loss in early eighteenth-century London?

How was urban space navigated and utilized by various social classes? How did ordinary people and ordinary objects move within and beyond the city?
Is it possible to identify and map discrete networks of early modern theft and restitution, particularly the network commanded by Jonathan Wild?