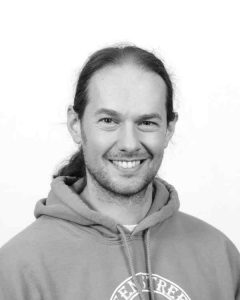 Adam’s original work, starting with his dissertation, focused on famine and food supply in the Western Mediterranean.  The major research for the project comes from the various regions of the Crown of Aragon (roughly Catalonia, Valencia, Aragon, and parts of Languedoc-Roussillon.)  His new work on communications and travelers covers the same region and grows directly out of his curiosity about the transmission of knowledge about grain prices and market conditions during food crises.  When governments needed to know the price of supplies, they didn’t guess, they sent messengers.  Adam also hosts a history podcast available through both Itunes and on the website, The History Cafe.

Within medieval history, Gary Shaw’s current research interests include the circulation of people, 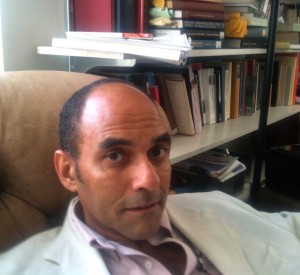 things, animals, and ideas in later medieval England and it is in this area that his interest in the Travelers Lab began. His current book project on this topic is tentatively called “Travelling to the Future. Networks of Modernity in Medieval England” and several aspects have spawned additional research plans that the Travelers Lab will attempt to pursue. These will include the Database of Medieval Mobility, The English Friars Settlement project, the Episcopal Travel project, and a project on aspects of judicial mobility, and a mapping of centres of accommodation and hospitality, for details of which, stay tuned. Methodologically, his labwork has so far made heavy use of GIS solutions but we anticipate further work involving increasing amounts of network analysis in the coming years.

in conjunction with the Wesleyan course Constantinople: between Rome and Istanbul. Both project and course work to account for place (as a balance to historians’ predilection for time) within a historical survey, as lab team and students develop our database of surviving evidence for ‘Byzantine’ Constantinople (ca. 200-1500).
A second ongoing project — Geography and Narrative in the Chronicle of Theophanes — explores the viability of digital tools (GIS, text-mining, quantitative text analysis, etc.) for plotting the “Conceptual Geography” of narrative texts.

Helen Birkett’s work focuses on the intellectual and religious 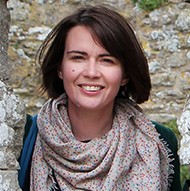 culture of twelfth-century Britain and Ireland, with a particular interest in literary sources, networks, and communication. Her current research concerns the idea of news in the Middle Ages and seeks to engage with bigger debates going on in early modern and modern scholarship on this topic. She also continues to work on a long-term project concerning the transmission of exempla by the Cistercians of Britain and Ireland c.1200. Prof. Birkett was in residence with us at Wesleyan for the Fall 2017 semester to collaborate on overlapping projects, and explore how to bring our Traveler’s Lab model of student-faculty research collaborations to Exeter University.

As an environmental historian and landscape archaeologist, 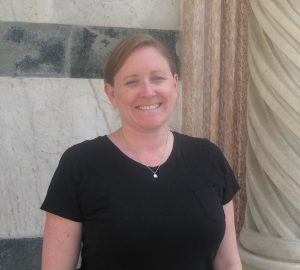 Kathryn Jasper studies approaches to rural land tenure in religious houses during Late Antiquity and through the central Middle Ages, especially in northern Italy. She is also interested in how people communicated and disseminated ideas about land management. Her background in different disciplines affords her a unique perspective in terms of theory and praxis, and her current project incorporates both documentary and physical evidence. She is completing a book on the monastic congregation of Fonte Avellana, located in the Italian Marches, entitled The Economics of Place in a Monastic Landscape: Fonte Avellana, 1035-1394. 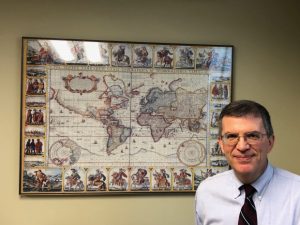 My research has focused on the financial negotiations between the Castilian Crown and the Assembly of the Clergy in the sixteenth century. In recent years, I’ve been working on a project to map royal finances and the collection of ecclesiastical subsidies in the early 1500s.  Right now, I’m working with history and computer science students to map monasteries that contributed to the ecclesiastical subsidies as well as monasteries along the Camino de Santiago in ArcGIS.

Jason Simms is the Instructional Technologist for Lafayette 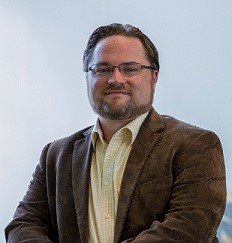 College in Easton, PA. His interdisciplinary educational background and interests range from humanities to STEAM: he earned a B.A. in Classics and an M.A. in Anthropology from the University of Tennessee, and an M.P.H. in Environmental Health, a Ph.D. in Applied Anthropology, and a graduate certificate in Geographical Information Systems (GIS) from the University of South Florida. His broad interests within academic computing include data science and visualization, facilitating and energizing interdisciplinary collaboration on teaching and projects, geospatial projects, digital humanities, and more.